Our 13th Virtual Wine Tasting finished the year off with a bang. I had ordered some sleepers that really hit the high notes. This Chardonnay was tasted both chilled and at room temperature. I would say it’s 60/40 that the warmer versions of our white series have done better. The tasters are often amazed at how much better the wines show when not chilled. For me this wine was very different when presented at different temps but at the end, received the same score albeit for different reasons.

In the glass it is quite dark yellow/gold. Some initial smells of old sock, banana, pear, apple and buttered popcorn were noted. On the palate it had a buttery mouthfeel with butterscotch, apple and a touch of citrus. The finish was long after a warm honey aftertaste.

The chilled version had a stronger nose, which is counter to past experience. Pound cake, some funk, pear tart, vanilla and honeydew were all observed on the nose. The palate was really tasty but some reckoned it was lighter than the warm version. The baking spice/yeasty notes were interesting to me and combined with the apple and citrus notes made for a really nice flavor profile. The wine is 5 years young at this point and will develop for another 5 years at the least. It gets a respectable 91 points from me, just shy of the pros. At $40 a pop, it’s a pricy treat that gets 4 stars. I would pair with Chicken Cordon Bleu or even grilled fish. Salut…. 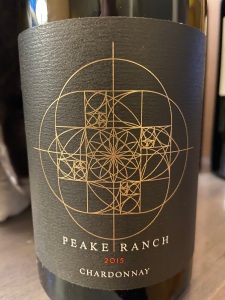