My wine tasting group has not tried Pinotage yet, so I though it would be appropriate to introduce this unique South African varietal to them.  Spier is well known and produces several different cuvees, ranging from the lighter everyday wines to blockbuster collectables.  This one is middle of the road and offers a glimpse into the style of wine that can be enjoyed over time.  Quite brooding and inky it has a funky nose with forest floor, tar, licorice, fresh cut wood, plantain, creamy coffee, Sel Gris and blackberry.  On the palate it exhibited textbook flavors of coffee, blackberry, Rooibos tea, baked raspberry, blueberry, acetate and raisin.  The word jammy was used.  Tannins were medium as was the acidity.  This cross between Pinot Noir and Cinsault is much darker and intense than either of its parents, which surprised many in the group.  Overall it was well received and got 91 points from me.  We paid $36 per bottle making it a 5 star effort that can be drunk now or cellared till 2026.  Salut….


This Pinot is quite dark and extracted. The color is damson red/light purple but it’s nearly opaque. On the nose it brims with New World goodness- cranberry/cherry jam, spicy cinnamon and Christmas fruit cake. On the palate it is full bodied and not ashamed to show off the fruitiness it’s been holding back. Layers of red jammy delight, spice box, a touch of leather and some oak greet me right off the bat. This wine continues the rich theme onto the mid palate where I get acidity, just a touch. There is barely a trace of tannic grip but I am enjoying the richness of this wine so much I am not worried about any astringent accents. The finish is medium length and shows off yet more red fruit. If you like a rich Pinot, this one is right up your alley. I usually like them much more restrained, but this one simply knocked my socks off. I am a fan- 93 points for this $36 wine make it a 5 star effort to be drunk by 2024. Salut….

Wow…. super dark and brooding.  I get nice, rich blackberry notes with coffee bean and vanilla extract on the nose.  The initial palate is thick with black fruit preserves, finely integrated tannins, chocolate powder and an oak hint.  The mid palate continues the theme but the tannins start to build.  By the finish my mouth is coated with caressing dryness and a blackberry meets tar note.  Intriguing.  I think this wine will open up with decanting and develop somewhat in the glass.  It is young and the potential for it to gain tertiary flavors is definitely there.  I would cellar for another 2-3 years and pair it with roast lamb all day long.  Delicious, powerful, well made and worthy of 92 points.  For $36 it is not an everyday wine, but it gets 5 stars from me.  Salut….

Really dark purple color, impervious to light. The nose leans heavily on blackcurrants with a touch of spearmint of all things. It’s really unique and very nice. The initial attack is all dark fruits with some gripping tannins. Flavors of plum come out on the midpalate along with blackberries. The tannins are ever present. The finish is medium in length and the dryness of the tannins goes on forever. This wine will go the distance but can tackle some hearty meals right now. Really tasty- 91 points.  $36 if you can find it make this a 4 star effort.  Salut….

I picked this bottle up at the Napa tasting room, where I joined the club and indulged in tasting just about everything they had.  I really enjoy the wines from this winery, they suit my style, budget and usually have enough unique character to set them apart from the thousands of others in the valley.  This one was $36 for club members, $45 for the rest.  It opens up in the glass and shows off a bright purple color.  On the nose- nice plum and blue fruit compote.  A nice intro of plum, currant, black cherry and gripping tannins.  Acidity is very present and balances the young tannins somewhat.   The blend of this wine is 51% Cabernet Sauvignon, 28% Merlot, 11% Petit Verdot, 9 % Cabernet Franc and the 1 % left is Malbec.

This Bordeaux blend appeals to me greatly and the wine drinks well, albeit young.  The mid palate just hit me with some powerful plum essence with a silky touch of flowers, probably the Franc I suspect.  The finish is average in length and the tannins simply disappear.  I’m thinking this is a shorter term wine with a drinking window of 2016-2020.  91 points from me and 4 stars.  Salut….

This wine came highly recommended from a little wine shop in North Carolina where I visited last summer.  I paid around $36 for it and there were only 135 cases made.  I love this varietal and was waiting to pair this bottle with some Strip steaks, it was tasty starting with the raisin and cranberry nose.  A floral hit with black plums and lavender greeted me on the initial attack. Gripping tannins and juicy acidity gave this wine some serious structure yet I felt it was slightly one dimensional on the mid palate.  Heat on the back end that hit the nostrils made me look up the level-14.5%.  A slightly green finish dropped one point off this otherwise good wine.  89 points and 3 stars from me.  I would hold off and cellar this wine, drinking from 2016-2020.  Salut…. 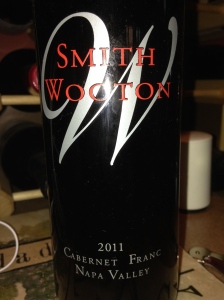 It’s Father’s Day and I decided to go all out with Filet Mignon, steamed Artichokes and a bottle of 1997 Musar.  I recently drank a bottle of the 1999 Musar in Hong Kong, where it brought back great memories of this awesome winery.  I visited them in 2007 and still have four Magnums of various vintages that I brought back.  Diet be damned, I mixed up some tarragon mayonnaise, melted butter and got totally stuck in to some amazing steaks that just came out of my Big Green Egg.

When I tried to open it the cork crumbled.  I had a moment of panic until I managed to coax out the other half.  I was not sure of any floating bits so I ran the first glass through the filtered Vinturi to make sure all was well.  The wine was sublime, typical for the untypical style of this winery.  It showed off orange edges on a red framed body.  The nose was so amazing with perfumes of violets, funk, earth, wild berries and creosote.  I was preparing myself for the oncoming rush of flavors.

A really fresh palate of damson, blueberries, red currants, mint, sage and barnyard were the first impressions.  A crispy acidity pushed through and revealed the well integrated tannins.  Road tar was the component I kept missing all evening, it hit me in the middle of the night.  It’s funny how that could be considered a flavor or smell that would appeal to wine drinkers, yet it does- just like funk and cat’s pee in other varietals.  Speaking of varietals… This wine is a blend of Cinsault, Cabernet Sauvignon and Carignan.  It reminds me of aged Barolo, perhaps Burgundy with a Bordeaux strain.  It is magical and alluring.

As the night progressed, so did the bottle.  Initially I was going with 94 points, but the ever present acidity was a touch too much for me and eventually came across as sour cherries. With this detractor I had to drop it to 93, still an impressive score in my opinion.  I believe I paid $36 for it back in the day making it a 5 star effort.  Salut…. 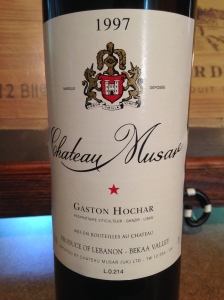 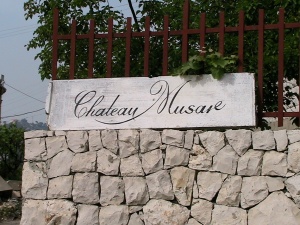 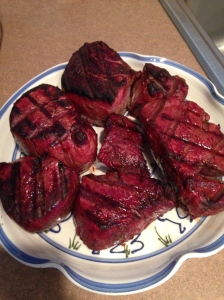 I loved the 2008 Belle Glos and was looking forward to this updated version.  It was dark purple in the glass and had a strong nose of cherry and vanilla.  On the palate, very extracted and plush.  This wine is huge in stature and offers a certain level of complexity yet goes against the grain.  In addition to the primary cherry flavors I got plums and berry with some spice on the mid palate.  The oak is well integrated and the tannins are very smooth.  This wine is neither Old World or New, it goes against the rules and strikes out in a new direction.  The extraction bothered me and detracted from the essence of the varietal.  Pinot is supposed to be seductive, intricate and restrained.  This wine was a like a bull, strong and in your face with the 14.6% alcohol cleverly hidden.  I believe it can be had for about $36 and only gets 88 points from me making it a 3 star effort.  Salut….